Android is currently on the rise as the platform of choice as an OS for STB and other media entertainment devices. While Linux OS is the traditional OS to be used on STB and media players, DiscVision has inte-grated the smartTV middleware also into the Android OSP (Open Source Project) platform. 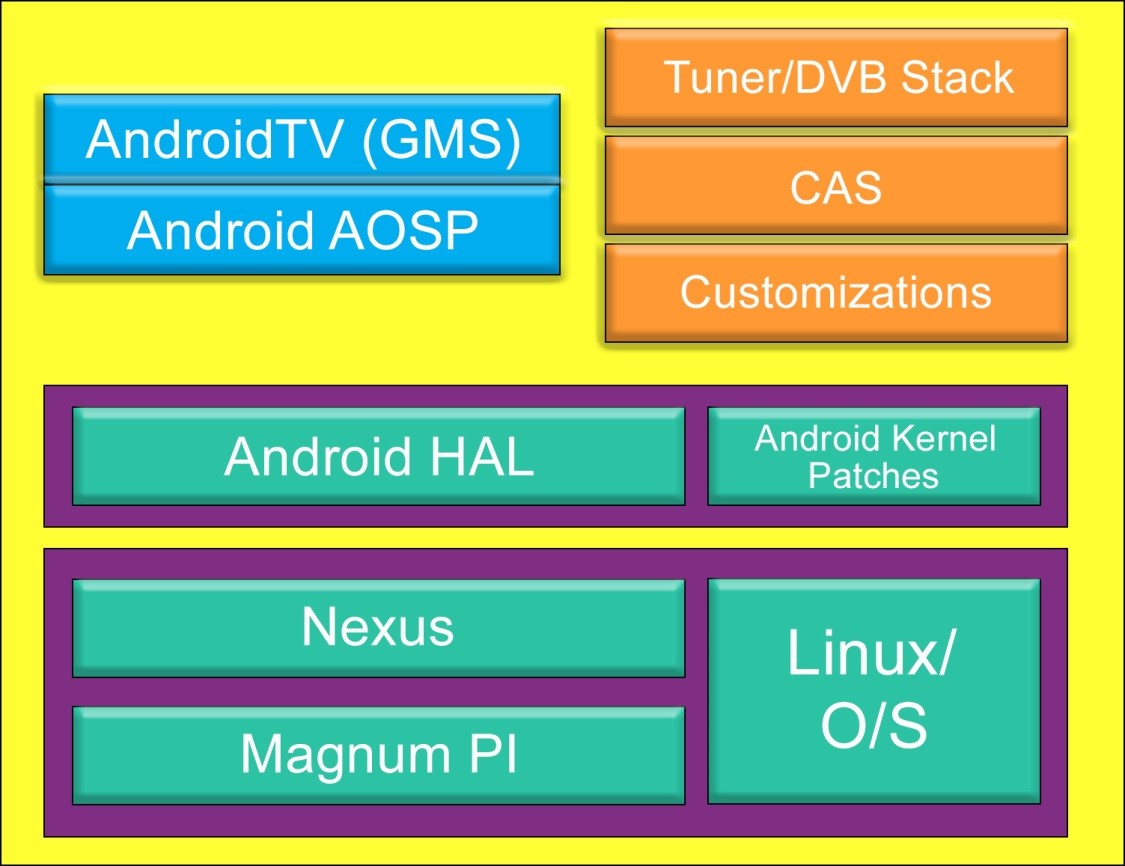 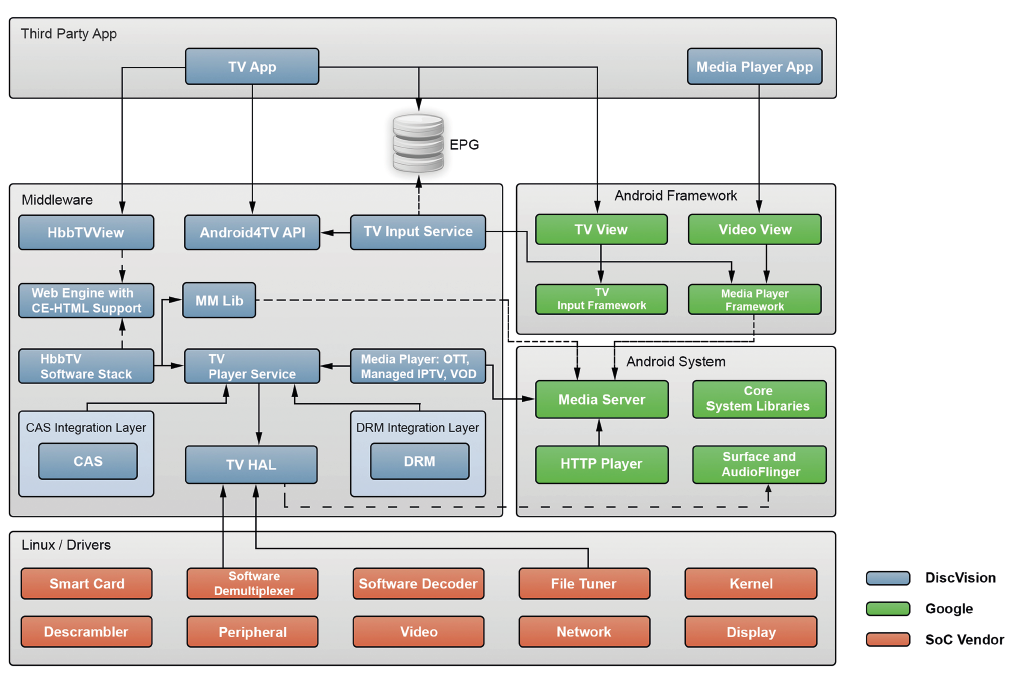